A Whale of a situation

I know I get flack for being conservatively minded in such a strong liberal state. Every year Californians get their panties in a wad about another topic or cause and get on their soapbox to fix the world with more rules or restrictions.  They’re only competition in this arena is NYC, its like they try to outdo one another on how hard the state government can make things on their residents.  Slowly stripping away fun stuff and freedoms in the name of a noble cause and Californians like the sheep that they are go right along with it.  The latest case in point being the banning of the Orcas from Sea World.  Are you freaking kidding me! 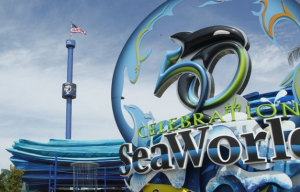 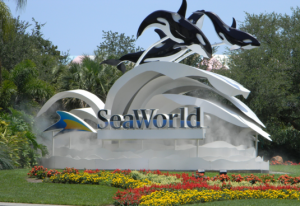 Look at the photos above, the Orcas, yes they are also called killer whales, are a staple highlight of the entire park.  They are in the gosh dang sign and logo for crying out loud (that landscaping though, am I right?).  I fail to see how this is any different than having lions at the san diego zoo.  Are they next to go, followed by tigers.  There have been just as many if not more recorded incidents between lions and trainers at zoos and circuses than there have been killer whale incidents.  And yes I’m well aware that there have been a few, even to the point of death.   But isn’t there just a small part of you that has to admit that the person signing up to be a trainer/performer along side a killer whale has to be a certain kind of crazy and fully understand the risks.  They do have a little bit of responsibility to that.  We get up every day and get in automobiles or buses or subways or airplanes.  All of which statistically create more accidents and play a role in the death of people far more than the killer whale shows.  Yet we still voluntarily go right in to each of those situations with a care free “it won’t happen to us attitude”.  Is the government going to continue to remove all dangerous situations from our lives until we are all recluses,  what do you do about gravity? I could still fall.  Or natural disasters? Can’t control those.  I know I am being absurd I just have a hard time understanding the line of a state that will legalize a brain inhibiting drug to the entire populous but won’t any longer let kids go see something that most in a lifetime never will.  Look at these gorgeous creatures and tell me that’s not a cool show to see. 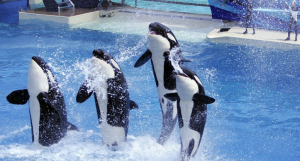 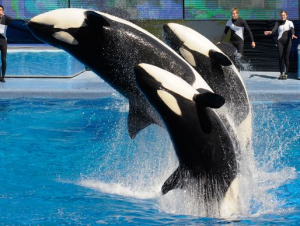 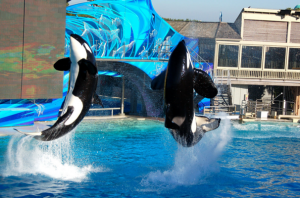 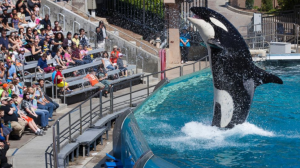 I’m not sure I understand it, and maybe I never will, but you must ask yourself in light of things like this, “Where does this stop?”  How far does this control line go, it seems as though the target changes simply changes with the wind, and you sit around being fine with it until it’s something that affects you directly.  I want my kids to be able to see a killer whale show one day, I guess I’m going to have to get to Texas or Florida where the other two Sea World locations are, ironically conservative states, before they are banned on a national level.

Contango is an elegant, simple and clean design, emphasis on content. This theme is powered with custom menu, custom background, custom header, sidebar widget, featured image, theme options, nice typography and built-in pagination features. Contango Theme is suitable for any business or personal website. The Theme can work for various different niches. Contango is translation-ready and so much more.